My best friend Hannah and I visited Cuba in July 2015 as a treat for surviving a whole year as Dental Hygienists working in the real world of dentistry!  I naively booked our holiday and Havana excursion independently online thinking it would be plain sailing while we were there, not realising how two young women alone would attract so much attention.

We stayed in an all inclusive resort in the Holguin area North East Cuba which was beautiful.  Stunning white sandy beaches just like all those pictures we had seen, lovely rooms and attentive staff.  The male staff some what too attentive some days!  We ate at the resort restaurants and loved one of the nights we had at the resort ‘nightclub’.  Drinks were bought to us on the dance floor by the end of the night and Hannah was up in the DJ booth taking requests from other guests. The 4am dip in the pool made us realise it was probably time to go to bed!

Havana was a must do for us while we were in Cuba so I had booked us domestic flights there and a hotel for one night so we could experience it. A forty minute taxi ride took us to the national airport and we found ourselves in a very small and run down terminal.  Long delays ensued due to a tropical storm but luckily we made friends with a French man who could speak far better Spanish than me who kept us informed! When we finally arrived in Havana it really did feel like stepping back in time with the 50’s cars and old buildings.  Walking around Havana was a bit of a problem as we didn’t feel entirely comfortable wandering the streets alone, in the end we rode the open tour bus around the city so we could see the sites. In the evening we decided to have dinner in a hotel opposite to ours at their roof top bar, our waiter was being a bit odd then eventually asked us if we were famous making us laugh a lot, we explained weren’t and were just on a holiday.  He was a big Beatles fan so was very pleased to learn we were from the UK.

After dinner we went back down to the street and found a bar, it was a bit scary to be the only women inside who weren’t night workers so we decided to leave and bumped into a group of Belgian men who offered to take us for drinks at a different bar.  We took them up on their offer as they seemed nice enough (our naivety showing again!).  A taxi ride along the waters edge took us to a really cool jazz bar that you entered through a telephone box, we had cocktails and chatted to the guys we met realising they were a little odd.  The next place we went to was another taxi ride away in the middle of lots of really run down Cuban homes, a modern club with all white decor and modern music which seemed so out of place.  After a while we realised what the guys we had met were expecting of us and thought we should get out of there sharpish.  Coming out of the club we found we had no idea where we were or how to get back to the hotel but thankfully our Dutch courage prevented us from panicking and we hung around outside chatting to a group of guys who were from Mexico.  They were surprised to see us there alone and asked why we did not have a Cuban guide!  We were lucky they were so kind and asked their own guide to find us a taxi back to our hotel, and even luckier that we actually were taken back safely in another cool 50’s car.  I didn’t sleep much that night, as historic and cool as our hotel was it felt like I was in the shining!

The next day we rode that tour bus again and made a new friend who took us to Ernest Hemmingway’s favourite haunts, this was really fun and we loved the mojitos at La Bodeguita del Medio, made with brown sugar and really crushed up mint.  Later we made our way back to the airport and flew to Holgiun.  We landed very late at night and had to find a taxi back to our resort which was tricky as most people arriving were locals who had family picking them up.  Eventually someone said they would take us, we got into his taxi and found seats covered in plastic and sex position stickers all over the windows!  He pulled over for an older man to get in the passenger side and Hannah and I looked at each other reassuringly, both hoping this was going to be ok.  The whole 40 minute journey in pitch black was pretty scary, not knowing if we were being taken to the right place or if something awful was going to happen to us, the men spoke no English and offered us chewing gum making me worry even more. The car kept stalling on the way too making it even more hair-raising until finally we spotted our hotel lights, overpaying the men we thanked them and the driver explained somehow that he was learning to drive hence the stalling.  We ran into our hotel so relieved to have made it safely! 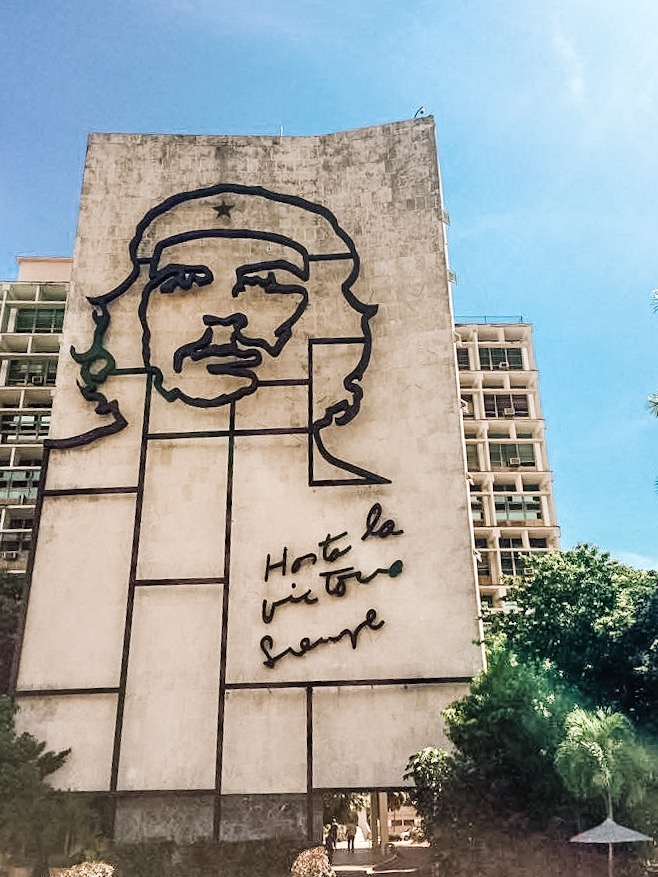 The attention from men in Cuba wasn’t totally awful, just a constant stare and lots of comments.  Things like ‘I love your physique’, ‘we could spend half the year here and half the year in the UK’, lots of teeth sucking/kissing noises and the best one of all ‘your breasts are amazing’, whispered into our ears as we walked along a street in Havana.  We had only just walked along this street with no hassle at all as we were joined by a nice man we met on the open top bus who showed us around for a while, the contrast was very noticeable!

On our final day back at the resort in Holguin we decided to book a massage at their spa.  It was very beautiful and we felt relaxed after getting back to the resort in one piece.  We were led out to meet our masseurs, as they opened the door we were greeted by two men dressed all in white.  These were our masseurs for the afternoon, after a week of hassle from men we were now willingly going to let two touch our entire bodies!!  Our faces would have been hilarious to see as we were led to our treatment room and told to lay face down on the beds ringing the bell when we were ready to begin.  We both agreed we should just go for it so laughing a lot Hannah rang the bell. Our massages were actually very good and the masseurs were very professional, only the smell of garlic on mine slightly off-putting.

All in all we did have a great time in Cuba and I would love to go back, knowing more Spanish would really help and having more of an idea of what you want to do there would help too.  The people are friendly and it is beautiful. 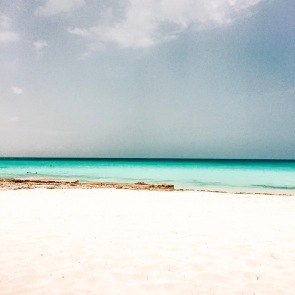 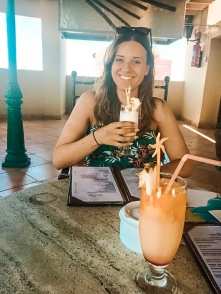 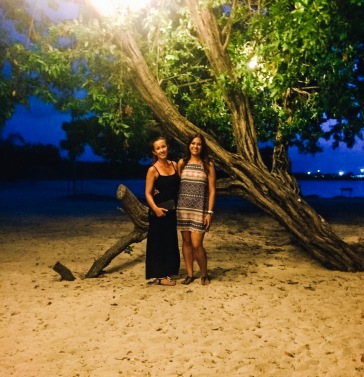